11 Foods That Are Good for Your Liver 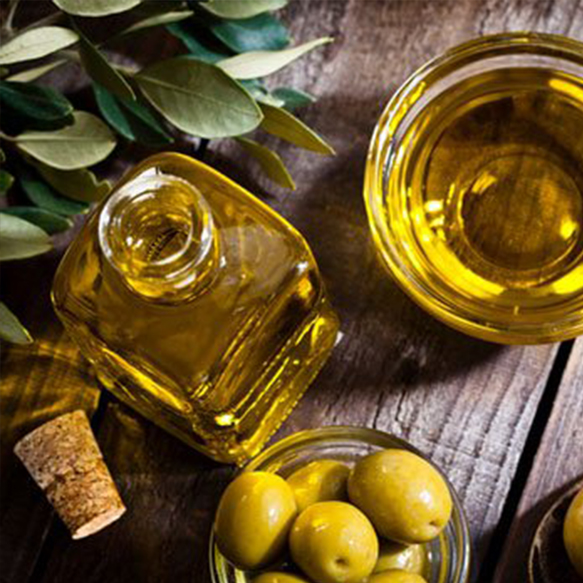 The liver is a powerhouse of an organ.It performs a variety of essential tasks, ranging from producing proteins, cholesterol and bile to storing vitamins, minerals and even carbohydrates.

It also breaks down toxins like alcohol, medications and natural byproducts of metabolism. Keeping your liver in good shape is important for maintaining health.This article lists the 11 best foods to eat to keep your liver healthy.

Drinking coffee may also reduce the risk of developing a common type of liver cancer, and it has positive effects on liver disease and inflammation. It’s even associated with a lower risk of death in people with chronic liver disease, with the greatest benefits seen in those who drink at least three cups per day.

These benefits seem to stem from its ability to prevent the buildup of fat and collagen, two of the main markers of liver disease.

Coffee also decreases inflammation and increases levels of the antioxidant glutathione. Antioxidants neutralize harmful free radicals, which are produced naturally in the body and can cause damage to cells.

While coffee has many health benefits, your liver, in particular, will thank you for that morning cup of joe.

Summary: Coffee increases antioxidant levels in the liver, all while decreasing inflammation. It also lowers the risk of developing liver disease, cancer and fatty liver.

Tea is widely considered to be beneficial for health, but evidence has shown that it may have particular benefits for the liver.

A number of mouse and rat studies have also demonstrated the beneficial effects of black and green tea extracts.

For example, one study in mice found that black tea extract reversed many of the negative effects of a high-fat diet on the liver, as well as improved blood markers of liver health

Nevertheless, some people, especially those who have liver problems, should exercise caution before consuming green tea as a supplement.

That’s because there have been several reports of liver damage resulting from the use of supplements containing green tea extract.

Summary: Black and green tea may improve enzyme and fat levels in the liver. However, exercise caution if you’re taking a green tea extract, as it may cause damage.

Grapefruit contains antioxidants that naturally protect the liver. The two main antioxidants found in grapefruit are naringenin and naringin.

Several animal studies have found that both help protect the liver from injury.

The protective effects of grapefruit are known to occur in two ways — by reducing inflammation and protecting cells.

Studies have also shown that these antioxidants can reduce the development of hepatic fibrosis, a harmful condition in which excessive connective tissue builds up in the liver. This typically results from chronic inflammation .

Moreover, in mice that were fed a high-fat diet, naringenin decreased the amount of fat in the liver and increased the number of enzymes necessary for burning fat, which can help prevent excess fat from accumulating .

Lastly, in rats, naringin has been shown to improve the ability to metabolize alcohol and counteract some of alcohol’s negative effects .

Thus far, the effects of grapefruit or grapefruit juice itself, rather than its components, have not been studied. Additionally, almost all studies looking at the antioxidants in grapefruit have been conducted in animals.

Nevertheless, the current evidence points to grapefruit being a good way to keep your liver healthy by fighting damage and inflammation.

Summary: The antioxidants in grapefruit protect the liver by reducing inflammation and increasing its protective mechanisms. However, human studies, as well as those on grapefruit or grapefruit juice itself, are lacking.

Blueberries and cranberries both contain anthocyanins, antioxidants that give berries their distinctive colors. They’ve also been connected to many health benefits.

Several animal studies have demonstrated that whole cranberries and blueberries, as well as their extracts or juices, can help keep the liver healthy .

What’s more, blueberry extract has even been shown to inhibit the growth of human liver cancer cells in test-tube studies. However, more studies are needed to determine if this effect can be replicated in the human body .

Making these berries a regular part of your diet is a good way to make sure your liver is supplied with the antioxidants it needs to stay healthy.

Summary: Berries are high in antioxidants, which help protect the liver from damage. They may even improve its immune and antioxidant responses. Still, human studies are needed to confirm these results.

Grapes, especially red and purple grapes, contain a variety of beneficial plant compounds. The most famous one is resveratrol, which has a number of health benefits.

Many animal studies have shown that grapes and grape juice can benefit the liver.

Studies have found that they can have various benefits, including lowering inflammation, preventing damage and increasing antioxidant levels.

A small study in humans with NAFLD showed that supplementing with grape seed extract for three months improved liver function .

Nonetheless, the wide range of evidence from animal and some human studies suggests that grapes are a very liver-friendly food.

Prickly pear, known scientifically as Opuntia ficus-indica, is a popular type of edible cactus. Its fruit and juice are most commonly consumed.

It has long been used in traditional medicine as a treatment for ulcers, wounds, fatigue and liver disease .

A 2004 study in 55 people found that the extract of this plant reduced symptoms of a hangover.

Participants experienced less nausea, dry mouth and lack of appetite and were half as likely to experience a severe hangover if they consumed the extract before drinking alcohol, which is detoxified by the liver .

The study concluded these effects were due to a reduction in inflammation, which often occurs after drinking alcohol.

Another study in mice found that consuming prickly pear extract helped normalize enzyme and cholesterol levels when consumed at the same time as a pesticide known to be harmful to the liver. Subsequent studies found similar results .

A more recent study in rats sought to determine the effectiveness of prickly pear juice, rather than its extract, at combating the negative effects of alcohol.

This study found that the juice decreased the amount of oxidative damage and injury to the liver after alcohol consumption and helped keep antioxidant and inflammation levels stable .

More human studies are needed, especially using prickly pear fruit and juice, rather than extract. Nonetheless, the studies thus far have demonstrated that prickly pear has positive effects on the liver.

Summary: Prickly pear fruit and juice may help fight hangover symptoms by reducing inflammation. They may also protect the liver from damage caused by alcohol consumption.

Beetroot juice is a source of nitrates and antioxidants called betalains, which may benefit heart health and reduce oxidative damage and inflammation .

It’s reasonable to assume that eating beets themselves would have similar health effects. However, most studies use beetroot juice. You can juice beets yourself or buy beetroot juice from the store.

Several rat studies have shown that beetroot juice reduces oxidative damage and inflammation in the liver, as well as increases natural detoxification enzymes .

While animal studies look promising, similar studies have not been done in humans.

Summary: Beetroot juice protects the liver from oxidative damage and inflammation, all while increasing its natural detoxification enzymes. However, human studies are needed.

Cruciferous vegetables like Brussels sprouts, broccoli and mustard greens are known for their high fiber content and distinctive taste. They are also high in beneficial plant compounds.

A study in human liver cells found that this effect remained even when Brussels sprouts were cooked .

Human studies are limited. But so far, cruciferous vegetables look promising as a beneficial food for liver health.

Try lightly roasting them with garlic and lemon juice or balsamic vinegar to turn them into a tasty and healthy dish.

Nuts are high in fats, nutrients — including the antioxidant vitamin E — and beneficial plant compounds.

This composition is responsible for several health benefits, especially for heart health, but potentially also for the liver .

While more high-quality studies are needed, preliminary data points to nuts being an important food group for liver health.

Fatty fish contain omega-3 fatty acids, which are healthy fats that reduce inflammation and have been associated with a lower risk of heart disease .

The fats found in fatty fish are beneficial for the liver, as well. In fact, studies have shown that they help prevent fat from building up, keep enzyme levels normal, fight inflammation and improve insulin resistance .

While consuming omega-3-rich fatty fish appears to be beneficial for your liver, adding more omega-3 fats to your diet is not the only thing to consider.

The ratio of omega-3 fats to omega-6 fats is also important.

Most Americans exceed the intake recommendations for omega-6 fats, which are found in many plant oils. An omega-6 to omega-3 ratio that is too high can promote the development of liver disease .

Therefore, it’s a good idea to reduce your intake of omega-6 fats, too.

Summary: Eating omega-3-rich fatty fish has many benefits for the liver. However, it’s just as important to keep your omega-6 to omega-3 ratio in check.

Olive oil is considered a healthy fat because of its many health benefits, including positive effects on heart and metabolic health.

However, it also has positive effects on the liver .

One small study in 11 people with NAFLD found that consuming one teaspoon (6.5 ml) of olive oil per day improved liver enzyme and fat levels.

It also raised levels of a protein associated with positive metabolic effects .

The participants also had less fat accumulation and better blood flow in the liver.

Fat accumulation in the liver is part of the first stage of liver disease. Therefore, olive oil’s positive effects on liver fat, as well as other aspects of health, make it a valuable part of a healthy diet.

How to: bone-in chicken pieces Surefire method for expertly barbecued

5foods that safeguard against air pollution

Hot food you must know