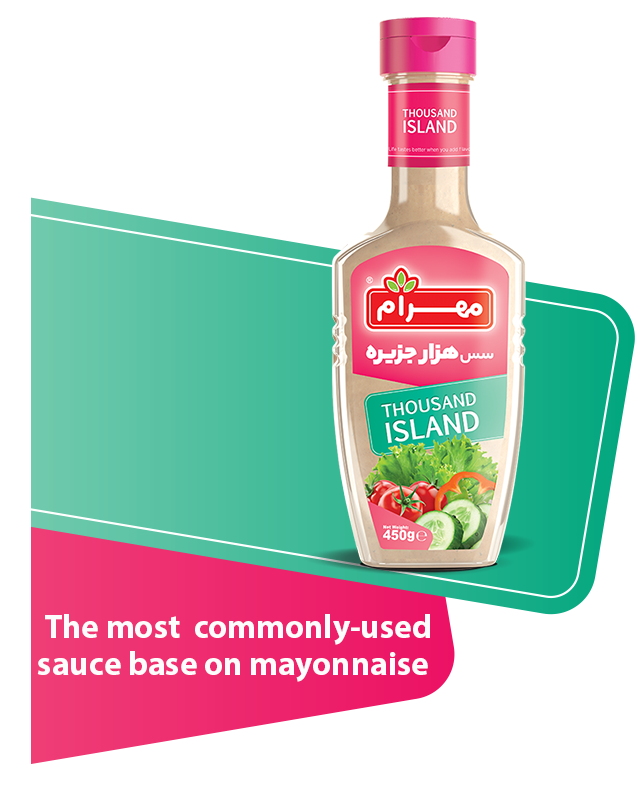 Thousand Island Dressing is one of reputable salad dressings, which Mahram has been producing for over half of a century.

1000 Island dressing’s name comes from the Thousand Islands region, located along the upper St. Lawrence River between the United States and Canada.Within that region, one common version of the dressing’s origins says that a fishing guide’s wife, Sophia LaLonde, made the condiment as part of her husband George’s shore dinner.

When University of Wisconsin sociologist Michael Bell and his graduate students attempted to determine the origin of Thousand Island dressing in 2010, they discovered the existence of a third origins story in which the original recipe was based upon French dressing.