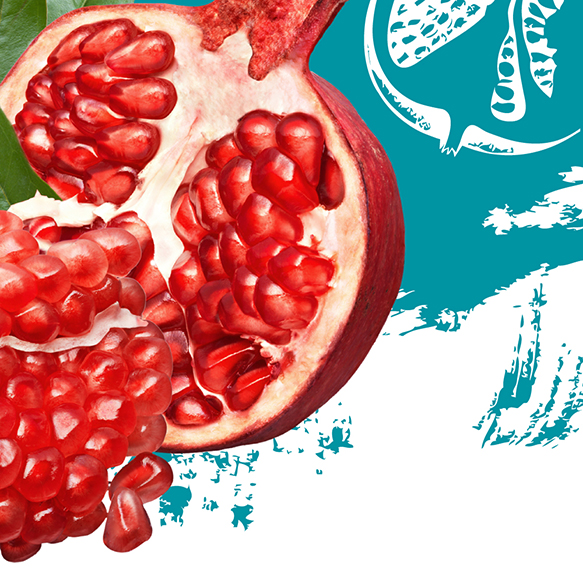 which is known as Yalda and Shab-e Cheleh in Persian is celebrated on the eve of the first day of the winter (December 21-22) in the Iranian calendar, which falls on the Winter Solstice and forty days before the next major Iranian festival “Jashn-e Sadeh (fire festival)”.

As the longest night of the year, the Eve of Zayeshmehr or the Birth of Mithra (Shab-e Yalda) is also a turning point, after which the days grow longer. It symbolised the triumph of Light and Goodness over the powers of Darkness.

Yalda celebration has great significance in the Iranian calendar. It is the eve of the birth of Mithra, the Sun God, who symbolised light, goodness and strength on earth. Shab-e Zayehmehr is a time of joy. The festival was considered pone of the most important celebrations in ancient Iran and continues to be celebrated to this day, for a period of more than 5000 years.

Yalda is a Syriac word meaning birth (NPer. milād is from the same origin) in the 3rd century CE, Mithra-worshippers adopted and used the term ‘yalda’ specifically with reference to the birth of Mithra.

The original Avestan and Old-Persian term for the celebration is unknown, but it is believed that in Parthian-Pahlavi and Sasanian-Pahlavi (Middle-Persian) it was known as Zāyishn (zāyīšn-i mithr/mihr – birth of Mithra). The New Persian “Shab-e Cheleh Festival” is a relatively recent term. The celebration was brought to Iranian plateau by the Aryan (Iranian) migrants around middle of the 2nd millenniums BCE, but the original date of celebration could be reach as far as pre-Zoroastrian era, around 3rd to 4th millennium BCE.

In Ancient Iran, the start of the solar year has been marked to celebrate the victory of light over darkness and the renewal of the Sun. The last day of the Iranian month of “Āzar” (21st December) is the longest night of the year, when the forces of Ahriman (darkness) are assumed to be at their peak. While the next day, the first day of the month of “Dey” known as “Khorram rūz” or “Khur rūz” (the day of the sun, 22 December) symbolises the creator, Ahura Mazda (the Lord of Wisdom). Since the days are getting longer and the nights shorter, this day marks the victory of the sun over darkness, and goodness over evil. The occasion was celebrated in the festival of “Deygān” dedicated to Ahura Mazda, on the first day of the month of “Dey” (December-January).

Fires would be burnt all night to ensure the defeat of the forces of Ahriman. There would be feasts, acts of charity and a number of Zoroastrian deities honoured and prayers performed to ensure the total victory of the sun that was essential for the protection of winter crops. There would be prayers to God Mithra (Mithr/Mihr/Mehr) and feasts in his honour, since Mithra is an īzad (av. Yazata) and responsible for protecting “the light of the early morning”, known as “Hāvangāh”. It was also believed that Ahura Mazda would grant people’s wishes in that day.

One of the themes of the festival was the temporary subversion of order, as the masters and servants reversed roles. The king dressed in white would change place with ordinary people. A mock king was crowned and masquerades spilled into the streets. As the old year died, rules of ordinary living were relaxed. This tradition in its original form persisted until the fall of Sasanian dynasty (224-651 CE), and is mentioned by the Persian polymath Bīruni and others in their recordings of pre-Islamic rituals and festivals.

The Iranian traditions merged into ancient Rome belief system, in a festival dedicated to the ancient god of seedtime, Saturn. The Romans exchanged gifts, partied and decorated their homes with greenery. Following the Iranian tradition, the usual order of the year was suspended. Grudges and quarrels would be forgotten and wars interrupted or postponed. Businesses, courts and schools were closed. Rich and poor became equal, masters served slaves, and children headed the family. Cross-dressing and masquerades, merriment of all kinds prevailed. A mock king, the Lord of Misrule, was crowned. Candles and lamps chased away the spirits of darkness.

Another related Roman festival celebrated at the same time was dedicated to “Sol Invictus” (the Invincible Sun) dedicated to the God Mithra. This ancient Iranian cult was spread into the Roman world by Emperor Elagabalus (r. 218 to 222 CE) and declared as the god of state.

With the spread of Christianity, Christmas celebration became the most important Christian festival. In the third century various dates, from December to April, were celebrated by Christians as Christmas. January 6th, was the most favoured day because it was thought to be Jesus’s Baptismal day (in the Greek Orthodox Church this continues to be the day to celebrate Christmas). In year 350, December 25th it was adopted in Rome and gradually almost the entire Christian church agreed to that date, which coincided, with the Winter solstice and the festivals, Sol Invicta and Saturnalia. Many of the rituals and traditions of the pre-Christian festivals were incorporated into the Christmas celebration and are still observed to this date.

It is not clear when and how the word “Yalda” entered to the Persian language. The massive persecution of early Christians in Rome which brought many Christian refugees into the Sasanian  Empire and it is claimed that these Christians re-introduced and popularised “Yalda” in Iran. Gradually “Shab-e Yalda” and “Shab-e Cheleh” became synonymous and the two are used interchangeably. With the conquest of Islam the religious significance of the ancient Iranian festivals was lost. Today “Shab-e Cheleh” is merely a social occasion, when family and friends get together for fun and merriment. Different kinds of dried fruits, nuts, seeds and fresh winter fruits are consumed. The presence of dried and fresh fruits is reminiscence of the ancient feasts to celebrate and pray to the ancient deities to ensure the protection of the winter crops.

Because Shab-e Yalda is the longest and darkest night, it has become to symbolise many things in Persian poetry; separation from a beloved one, loneliness and waiting. After Shab-e Yalda a transformation takes place – the waiting is over, light shines and goodness prevails.

Should You Be Eating Spicy Food This Winter?