What do Europe’s football fans eat? 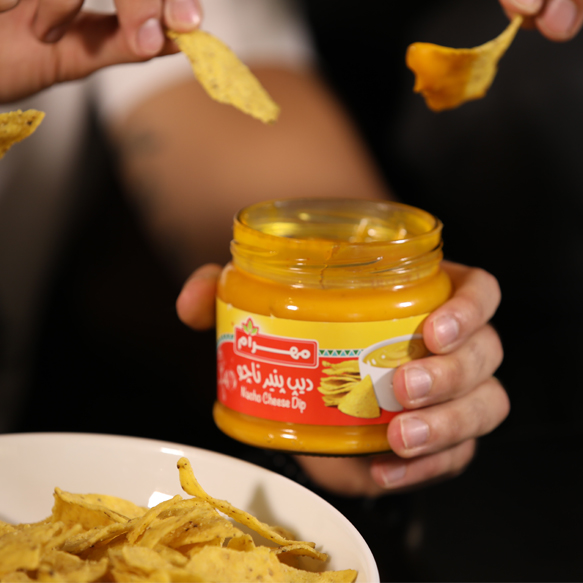 When half-time whistles blow across Europe, what do fans in every UEFA nation have for a snack? UEFA.com marks out the continent’s great seed/sausage divide.

UEFA.com’s correspondents in every European nation have helped us to draw a map of our member nations’ half-time eating habits; traditional foods are just about clinging on in the British Isles, but the rest of the continent is divided into two main camps, as we discover.

Andorra: Like neighbouring Spain, a bag of seeds (bolsa de pipas) is the most common snack.

Austria: Schnitzelburgers (schnitzel in a bun) come out on top with cheese sausages a close second favourite.

Azerbaijan: Sunflower seeds, with the occasional simit (a local style of bagel).

Bulgaria: Sunflower seeds predominate, but hot dogs and meatballs can be popular on colder days.

Croatia: “Koštice, Kikiriki” (seeds, peanuts) is the usual cry of the food sellers who patrol football terraces in Croatia according to UEFA.com’s man in Zagreb, Elvir Islamović, with hot dogs and sausage sandwiches a less popular choice.

Cyprus: Pretzel-like breadsticks (often sesame-coated) are a popular choice along with peanuts, koubes (beef or lamb croquettes, a close relative of the Turkish kofte) and sticky bombes (doughnuts). Iced coffee is the drink of choice.

Czech Republic: Sausage and beer. Clubs even compete for which makes the best klobása sausage, though – according to UEFA.com correspondent Ondřej Zlámal – “the food is so unhealthy that if a footballer was seen eating klobása he would be fined by his coach”.

Denmark: The stadion platte (stadium dish) is king: two sausages in a bread roll with mustard and ketchup, plus a draught beer. UEFA.com’s Peter Bruun says: “A football match in Denmark without that menu – usually consumed in the half-time break – is almost unthinkable.”

England: Beef tea and meat pies provide the traditional accompaniment to football in England, though the pasty takes precedence over the standard pie in the south west.

Estonia: Seeds are unheard of and sausages are reasonably rare too; the most common snacks are hot soup (on a cold day), garlic bread, hot dogs and beef jerky.

Faroe Islands: Refreshments are a key element of clubs’ fundraising activities in the Faroes. UEFA.com’s Hans Pauli Joensen explains: “Quite often young players (maybe 12 years old, accompanied by a couple of coaches) do the rounds in the stands selling coffee and sweets. That money will then be used for youth work, quite often funding (at least in part) foreign visits for summer tournaments.”

Finland: Sausage territory. UEFA.com’s Mikael Erävuori reports: “A grilled sausage with (mild) mustard is definitely the football food in Finland. Coffee is the most common drink. Beer is sold in larger stadiums only.”

France: Plenty of regional variations, but the galette-saucisse (sausage sandwich) of the Breton clubs is regarded as the quintessential terrace food, and is a Stade Rennais speciality. UEFA.com’s Emma Hignant says: “This fried pork sausage inside a thin buckwheat pancake can be eaten cold or warm, but ideally with your hands. Add to it the perfect local drink of apple cider and you’ve got the recipe for success.

Germany: Plenty of regional variations, but beer and a bratwurst are the most common half-time pairing.

Greece: It resembles a hot dog, but with a bigger slice of bread, kebab meat or bratwurst, French fries and lots of mayonnaise and mustard. It is sold by vendors who park their trucks outside the stadiums. The unfortunate name was given to this snack decades ago, due to the rather questionable sanitary regulations among such vendors.”

Hungary: “Beer and sunflower seeds by the barrowload,” according to UEFA.com’s Englishman in Budapest, Matthew Watson-Broughton. “Also, a large bread-based snack which looks like a giant pretzel is quite common – usually with salty, melted cheese dripped over the top.”

Iceland: Hot dogs and soda are quietly giving way to pizza and soda. “I wish I could say shark or whale meat but no,” explains UEFA.com’s Stefán Stefánsson.

Italy: “The most famous terrace food is a sandwich with ‘salamella’ (or ‘salsiccia’ – depending whether you are in Milan or Rome) a grilled sausage, often with onions and paprika,” according to UEFA.com’s Paolo Menicucci.

Lithuania: Beer accompanied by a Lithuanian-specific speciality – fried bread with garlic; crisps and sunflower seeds as a second choice.

Luxembourg: Beer and sausage, though there have been reports of champagne-drinking too.

Malta: A cappuccino and a sandwich.

Montenegro: “Sunflower seeds, peanuts and beer before matches,” according to UEFA.com’s Aleksandar Radović.

Poland: Very much on the borderline in terms of Europe’s great footballing foods, Poland is primarily a sausage and hot dog nation, but with a significant seed minority, according to UEFA.com’s Piotr Kozmiński.

Portugal: Pedro Marques from UEFA.com’s Lisbon newsdesk says: “The most popular and traditional foods are bifanas (a grilled pork-steak sandwich, with well-seasoned meat and, if you like, some mustard or some spicy dressing), entremeadas (a sandwich with two or three pieces of some sort of grilled-pork bacon – some like to have mayonnaise and/or mustard with that) and couratos (a grilled pork-rind sandwich).”

Republic of Ireland: Beef tea, English-style, is making “a bit of a comeback” according to UEFA.com’s Aidan Fitzmaurice, who adds: “At most grounds in Ireland, you are doing well if you can get a bag of chips.” Beer remains popular too. “Dalymount Park, home of Bohemians, has three bars in just one stand!”

Russia: Sunflower seeds, pistachios and other nuts. Hot dogs on the rise.

San Marino: A local speciality, piadina, predominates, which UEFA.com’s Elia Gorini describes as “a thin flatbread stuffed with cheese and other things like salami or ham or vegetables”.

Scotland: Beef tea and meat pies – connoisseurs may notice fundamental differences in the construction and contents of pies from either side of the English border.

Slovakia: Something of a border nation when it comes to Europe’s sausage/sunflower seeds divide. “The most popular food is sunflower seeds, especially in Dunajska Streda, Trnava and Kosice,” says UEFA.com’s Rastislav Hribik. “But also sausages, for sure.”

Sweden: Hot dog territory, though a mazarin (cake with an almond-paste filling) and coffee were long a favourite in press boxes.

Turkey: UEFA.com’s Türker Tozar says: “The köfte ekmek (a Turkish variant on the meatball sandwich) is the food of choice, accompanied by ayran (a salted yoghurt drink).”

Wales: Tea and a meat pie.

Forget the orange; the boiling point of vitamin C is here

What Enneagram Salad Are You(first)