Twenty five ways to Use Up a Jar of Jam 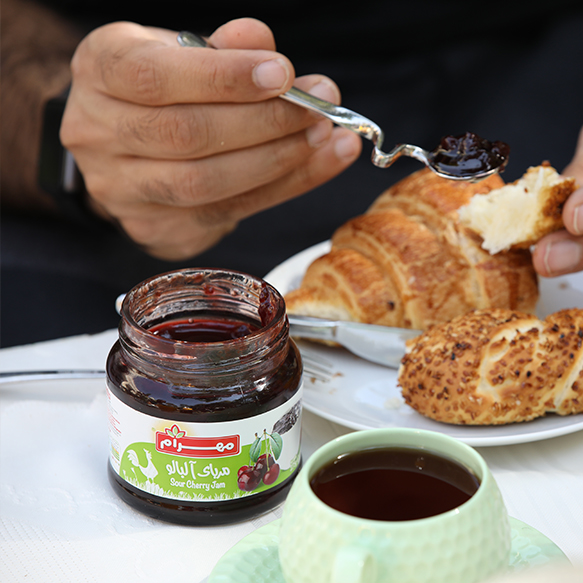 Make your own fruit-flavored yogurt

Spoon some jam into a bowl. Top with plain yogurt. Call it fruit-on-the-bottom.

Top that wheel of cheese with a few spoonfuls of jam, wrap the whole thing in phyllo or puff pastry, and bake at 400 degrees.

Add some to a pan sauce for meat

It not only helps thicken it, it adds sweetness and flavor. Try currant jam with red wine for a pan sauce for steak; use peach jam and brandy for pork chops.

Pudding, panna cotta, you name it: it’s better with a bit of jam.

First, make a jam sandwich with white sandwich bread, challah, or brioche. Next, soak the sandwich in eggs and milk. Finally, pan-fry in lots and lots of butter.

Whip up the ultimate grilled cheese

Who needs fresh strawberries when you can fill shortcakes with jam (and whipped cream, of course) instead?

Turn jam into syrup instantly by boiling it with water. (Sayonara, maple syrup!)

Use it to make popsicles

Thin jam with water and you’ve got a popsicle base that beats the hell out of juice.

Serve it alongside cheese

Oh you thought your cheese plates were already fancy? You haven’t even seen fancy until you’ve put a cute jar of jam on the plate. (Oh, and it also happens that jam and cheese go fabulously together, which helps.)

Fill pretty much anything sweet

Add it to a salad dressing

The touch of sweetness will help balance your vinaigrette and make it sing.

Stuff a pork loin (or a chicken breast)

Use a long knife to cut out a 1-inch tunnel all the way through the loin (or breast). Fill with jam (fig, rhubarb, orange marmalade) and bake like normal.

Melt it into a glaze for sweets…

Heat jam on the stove with a bit of water or lemon juice until it’s melted and liquidy, then pour it over a simple cake or cheesecake.

…or use that glaze for all things savory

Glaze brisket as it cooks! Brush over chicken drumsticks to make them sticky and finger-licking!

The classic British dessert called fool is essentially just whipped cream with fruit folded in—but, of course, you can fold in jam instead. Add meringue to the equation and you can call it Eton mess.

Stir it into barbecue sauce

Use it to doctor up the store-bought stuff or mix it into your DIY version.

Or bake it into cake

Mix it thoroughly into the batter of gingerbread or layer cake.

Put it on your cereal

Forget brown sugar—sweeten up your bowl of oatmeal or porridge with a dollop of jam instead.

Stir a spoonful of jam into warm ganache and pour it over cakes. Or refrigerate until firm and use it as a filling for French macarons.

Instead of slathering your biscuits with jam, bake jam right into the biscuit.

How to Make the Best Potato Salad

How to: bone-in chicken pieces Surefire method for expertly barbecued