15 Fat-Burning Foods to Fire Up Your Weight Loss 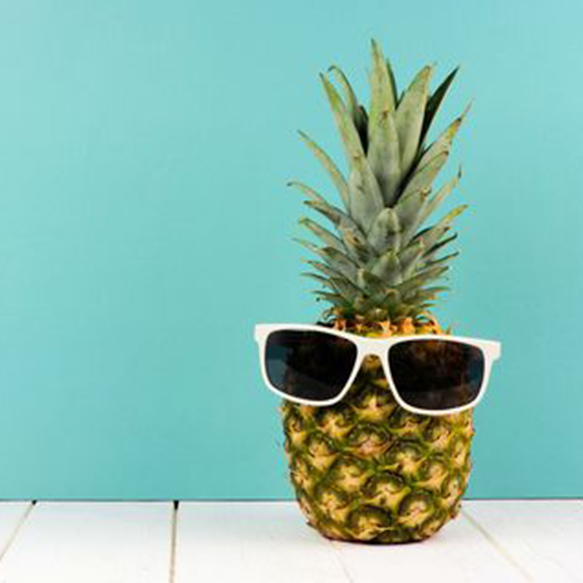 We don’t always have to cut out whole groups of foods or eat less in order to lose weight. On the contrary, we need to eat enough to give our body the fuel and much-needed calories and nutrients so it can take care of itself. Eating healthy is more than just not eating junk food. Eating healthy means eating the right foods for us that are nutritious and boost our metabolism, thus speeding up our weight loss process!

Bright Side always says YES to a healthy lifestyle and self-improvement, and that’s exactly why we want to introduce you to 15 foods that will help you lose weight faster!

A lot of people may not know this, but mustard is actually one of the healthiest condiments. There is no added sugar in it and it’s rich in antioxidants. And turmeric, which is an ingredient in mustard, is a powerful cancer- and Alzheimer-fighting agent.

But let’s talk about mustard’s role in weight loss. According to Penn State University, spicy foods increase your metabolism for 30 minutes after consumption. Specifically, spicy mustard can do this and you can find it pretty much everywhere.

Eating eggs for breakfast is very good for us for a few reasons. They are rich in antioxidants, vitamin D, and choline, which increase metabolism. They are also rich in protein and, according to this study, a breakfast rich in protein increases a person’s feeling of fullness. Furthermore, a 2014 study revealed that protein intake boosts our metabolism by 13 to 30%.

Avocado is the super fruit that everyone loves, and rightfully so. It’s rich in fiber and monounsaturated fats which make you feel full and reduce the chance that you’ll find yourself craving more snacks.

But here comes the good part! A study at Penn State found that people who ate avocado on a daily basis for 4 weeks, reduced their belly fat by 1.6%. Not only that, but eating avocado also boosts your metabolism and gives you a natural energy boost.

Studies show that whey protein builds and repairs muscle. And that’s exactly what we want, because muscle burns calories thereby boosting your metabolism. We need this if we are trying to lose fat.

Take a scoop of whey protein after a workout or when you can’t get a meal in.

According to studies, cinnamon activates thermogenesis and helps burn calories, as well as reduces the accumulation of belly fat. Another thing that makes cinnamon great is that it is already sweet, which means we don’t need to add any sugar to our dish.

A Harvard study shows that eating walnuts reduces your overall hunger and makes you feel more full. The reason for this is that eating that type of nut activates an area in the brain that is connected to hunger and craving control.

A study from 2008 found that eating whole grain foods significantly improves and speeds up weight loss. Whole grains are rich in fiber, magnesium, and vitamin B6. The fiber makes us feel more full which reduces our chances of overeating.

Grapefruit is key if you’re trying to burn more fat! Research found that people who ate citrus fruit for 6 weeks lost an inch off their waist. Moreover, another Japanese study proved that even just the smell of grapefruit activates the brown fat cells that burn calories while also reducing the appetite.

Pears are another fruit that are amazing for weight loss. They’re rich in fiber, which helps us feel full for a longer period of time. They’re also high fructose and glucose, which provide a natural energy boost. And what’s even better is that unlike many other fruits, pears slow down the carbohydrate absorption in our bloodstream. Which means there is no rapid spike and fall of blood sugar, and in turn, less craving for more food.

Berries are low in calories, which is already a great start, because one cup of blueberries provides fewer calories and more fiber than a banana. They are also full of fiber and antioxidants, which makes them very satisfying and they are some of the healthiest fruits.

A study at BMJ found that adults, whose diets contain the most flavonoids (found in strawberries, raspberries, blueberries, and others), are less likely to gain weight.

More research suggests that people who consume cayenne pepper with every meal have fewer cravings.

Not everyone likes spinach, even though a lot of people know that it’s good for them. Maybe it’s because of the cartoon Popeye. But there are actual facts that prove that spinach is great for us. It’s low-calorie and high-nutrient, which makes it the perfect weight loss food. It contains folate, riboflavin, vitamin B6, magnesium, iron, and calcium too.

Sweet potatoes are great to eat when you’re trying to satisfy hunger and lose weight, because they’re full of fiber. The interesting thing about them is that they contain a specific kind of fiber that’s called starch and according to a study published in Biomedical and Environmental Sciences, starch reduces the risk of obesity.

Salmon has the most omega-3 fatty acids than any other food and they’re extremely good for us. Studies show that omega-3’s help with fat burning. Besides that, salmon, like all other fatty fish (tuna, mackerel), is rich in lean protein which helps with building muscle. And the more muscle we build, the more fat we burn.

Chicken is one of the best foods to eat if you’re trying to lose weight. It’s low in calories, it’s rich in protein, and it helps you lose body and abdominal fat while boosting lean muscle mass if you include it in your diet.